Where do I even begin with these two!
I have known them for a while now, Evan (or as basically anyone who knows him calls him “Stibbs”) was my husbands roommate in Chiropractic college and Rachel was a year below them in school. I watched as Rachel and her friends became close with Evan and his friends. Over about a year I was hearing stories from my husband about them and how their little relationship was becoming something more than little and I saw Evan open up a bit more, smile a bit more, and Rachel was definitely over more 😉 .

It was a long road getting to this photo shoot! Seeing as Rachel and Evan were starting their careers in St. Catherines, ON (thats where Rachel is from), we were originally planning on doing a shoot there, since that’s where they are getting married. But being as INSANELY nice as these two are, they both have a ton of friends, and those friends all seemed to be getting married all at once in one summer!
So we decided that we would move the shoot to Windsor, while they were down visiting Evans family and friends.

Finally their engagement shoot was here! It was a Sunday and we were all set and ready to go!! But Mother Nature had other plans and decided to make a crazy storm and tornado warning RIGHT at the time that we were supposed to meet up…. Ya, I was a sad camper that day… Only because I was SO excited to take photos of these two! I mean just LOOK AT THEM. Hottest couple of the year award, right?
Anyways we rescheduled to the next Friday and my hopes hopes were high that there was going to be no rain!!!!

and here we were at the beach, the weather was great, and low and behold…..The water was rough and there was seaweed everywhere! I have to say for all of the little things that seemed to be going wrong with this engagement shoot, Rachel and Evan were great sports, and we still got some pretty amazing images.

We stepped out on to the beach… and they just killed it.

Do you know how you kill and engagement shoot?
You let loose, you BE YOURSELF and you look at eachother how you would even if there wasnt a camera around.

Those are by far the best images that I ever take, the ones with those moments where I can tell that I am not there to the couple. I dont exist in that moment, it’s just them and their love. And I gotta tell ya, I get damn chills when that happens….

I got chills a lot during this session.

All in all these two brought it and at the end of the session they got a bottle of champagne and toasted to their up coming marriage.

It was truly magical and I wish them the happiest of lives together. 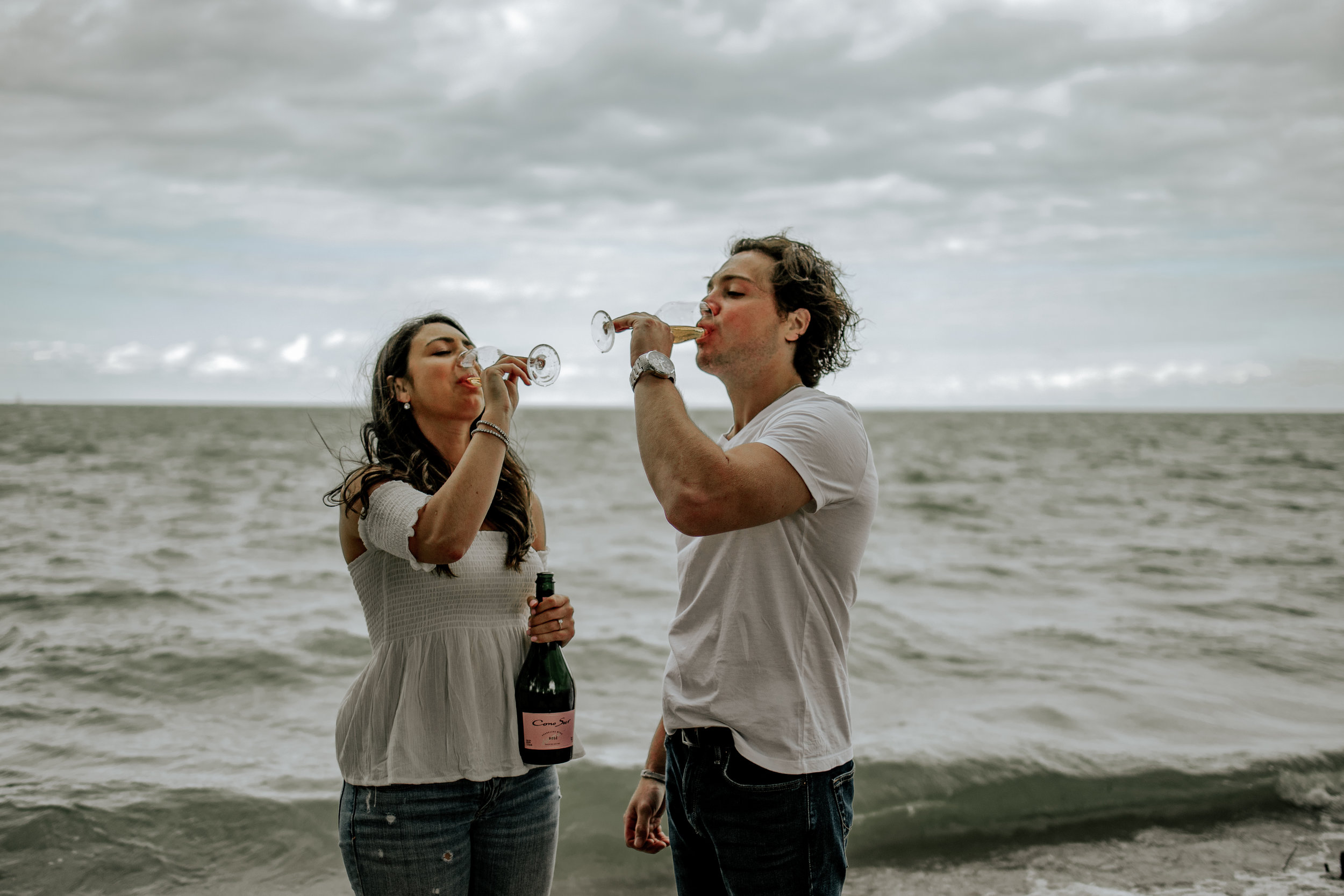